The first truly warm weather of the year coincided with the AFHS Spring Meeting in Bridlington. The meeting’s key theme was based around the exploits of Thomas Hopper Alderson and his team of Civil Defence volunteers.

Thomas became the first recipient of the George Cross in recognition of the remarkable rescues effected by him and his team; a modest man, he accepted the award not solely for his own bravery but on behalf of his whole rescue unit. The AFHS were honoured to have Pamela, only child of Thomas and his wife, Irene, present at the meeting.

Alderson House was the venue for the morning’s presentation, courtesy of the Royal British Legion who run the building as a break centre.

After an excellent ‘Bridlington’ lunch (fish, chips and mushy peas with mint sauce’), the group strolled in the sunshine to the town’s library to view the impressive local studies facilities.

Outside again, the bomb sites identified in the morning presentation were viewed and members tried to imagine what devastation Thomas and his rescue team would have faced in 1940. 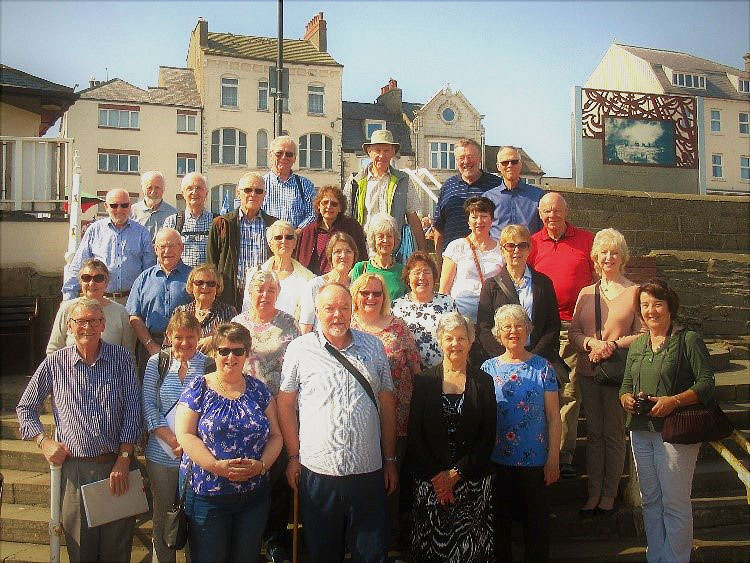 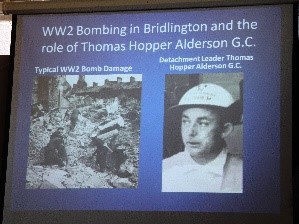 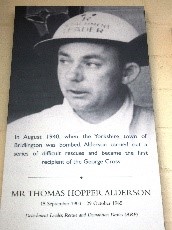